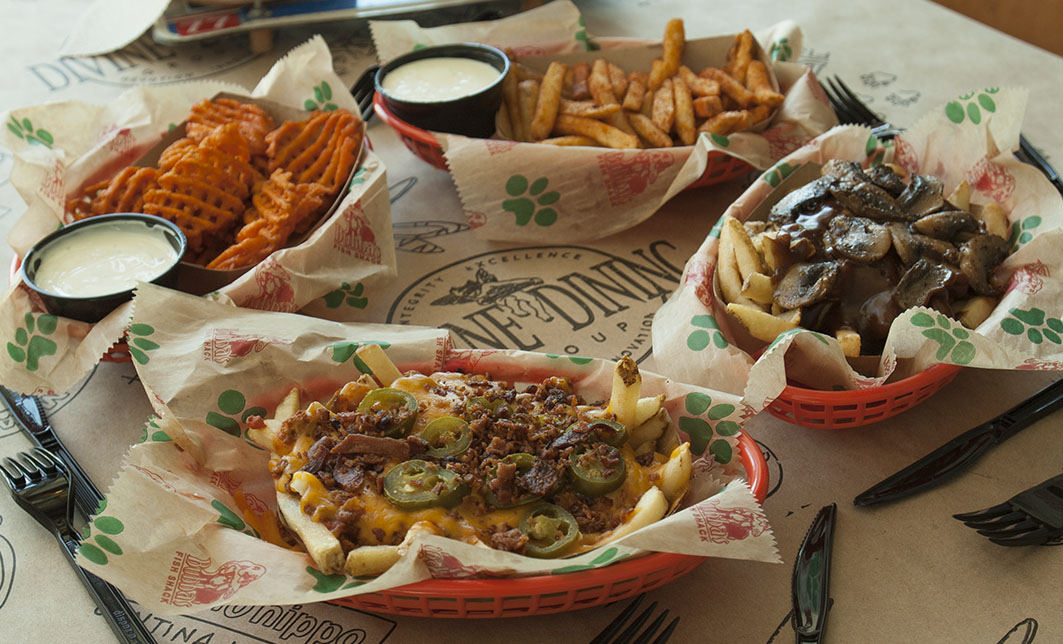 Ah the potato: the frequently overlooked plate filler that never seems to get the attention it deserves. The potato has been responsible for famine, massive migrations and was even partially responsible for the rise of modern industrial agriculture. Is it a vegetable, is it a tuber, a starch? Whatever it is we at River City Café are thankful for it. The potato gives us delicious French fries among many other things. But since September is National Potato Month, let’s shed a little light on this wonderful side dish and then we will give you some tips on how to make your own perfect fries at home.

Now, at this point, you are probably starting to crave some really good fries. I certainly am just writing this information. So, on to the fun stuff! How do you turn a potato into the wonderful item you see gracing so many plates at River City Café.

While I’m not allowed to give you the seasoning recipe, we can certainly share how you can make your own fries at home. Fries that taste infinitely better than those that you pull from a bag and slap on a cooking sheet before throwing them into the oven.

Step 1: It is important that you have a flat base to work with for both your safety and for the appearance of the fries. So place your potato on its side and using a large chef’s knife, cut a thin slice off one edge to serve as your base.

Step 2:  Using the knife, cut your potato into strips. At this point, you will want to think about how thick you your finished product to be. This cut will produce the thickness of your fry.

Step 3: Stack several of the slices and cut them in the opposing plane to create the width of your fries. Then place them in a bowl of water for a few minutes to prevent them from sticking together.