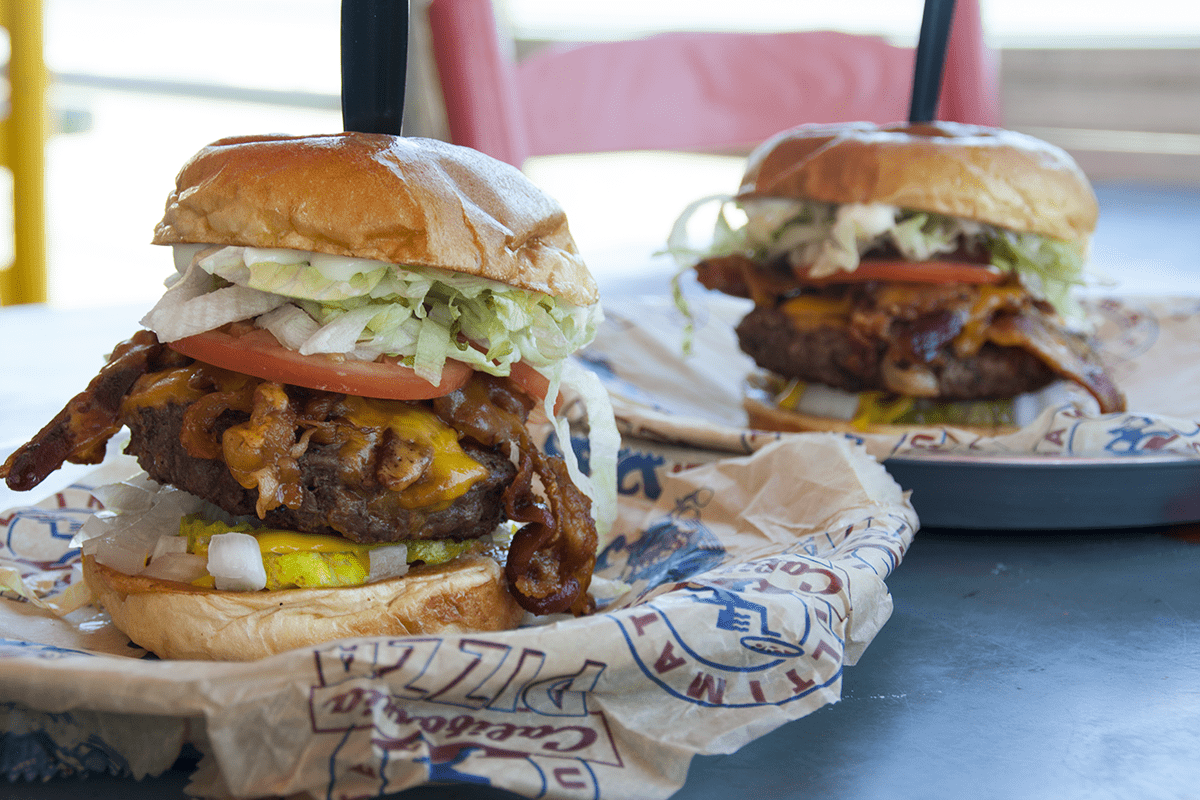 Mr. Lionel Sternberger, where would we be without you!? Without the willingness of this teenager and the creativity of his unnamed customer, cheeseburgers may have never been invented. There seems to be some conflicting information available regarding the exact dates of creation, but I think we can all be grateful that Lionel took the risk!

Born in 1907, Lionel C. Sternberger called Pasadena, California home. His father owned a small sandwich shop called “The Rite Spot”. At 16 years old, Lionel was working as a fry cook in his father’s restaurant when he took a risk and added a slice of American cheese onto a sizzling hamburger at the request of a customer. Of course, in today’s world, it is hard to imagine a time that “hamburger sandwiches” were the norm vs a cheeseburger, but it wasn’t until sometime between 1924 and 1926 that the cheeseburger was first introduced. Of course, these dates are highly contested because so many people want to take credit for the creation of such a monumental shift in sandwich culture, but I think we can all envision a teenager, sneaking behind his father’s back and doing exactly this.

Adding a slice of cheese to a burger was just the start. Soon came bacon, lettuce, tomato, onion, pickles, mustard, mayo, ketchup, sauteed mushrooms, chili, and even avocado or guacamole. This is America after all. The land of opportunity! While we may not be known for one specific type of food, for example, Italian or Chinese, we certainly are willing to experiment with the food we love.

Topping options started to become unlimited. Flavor profiles were being experimented with, different types of meltable cheeses were being introduced. All of the sudden, Swiss, Cheddar, Monterey Jack, Provolone, and Blue Cheese found their way onto burgers. Not only did the progress towards new choices happen, but it also became a flavor revolution.

Fast forward about 65 years and River City Cafe enters the game. Not only did we take what others had done and learned from their experiences, we launched ourselves into 30 years worth of burger development! River City Cafe started to use different bun options (for more on this check out last month’s blog here: https://rivercitycafe.com/2020/08/25/when-a-bun-is-more-than-just-a-bun/), we got extremely creative! We use chili, banana peppers, BBQ pulled pork, coleslaw, and even a breaded and fried cake of mac & cheese on top of our burgers. We have burgers with bananas and peanut butter. We have burgers with fried shrimp or burgers with Doritos or Cheetos! But we didn’t stop there! We decided to make all of those toppings available on Turkey Burgers or Grilled chicken as well.

Of course, we are River City Cafe, so even those additions seemed normal. So we went to the far extreme! We created burgers so big they have to be framed between 2 grilled cheese sandwiches to be served! All of this because a teenager from Pasadena, California was willing to take a risk.

So this month we say thank you to Lionel Sternberger. Thank you for taking the risk. Thank you for giving us a starting point so we could take America’s favorite sandwich to new heights. Stop by one of River City Café’s seven Myrtle Beach area locations and try one of our masterful creations. We might even have something new coming out that you haven’t tried yet. By the end, if your visit we think you will thank Mr. Sternberger for his original creation as well.